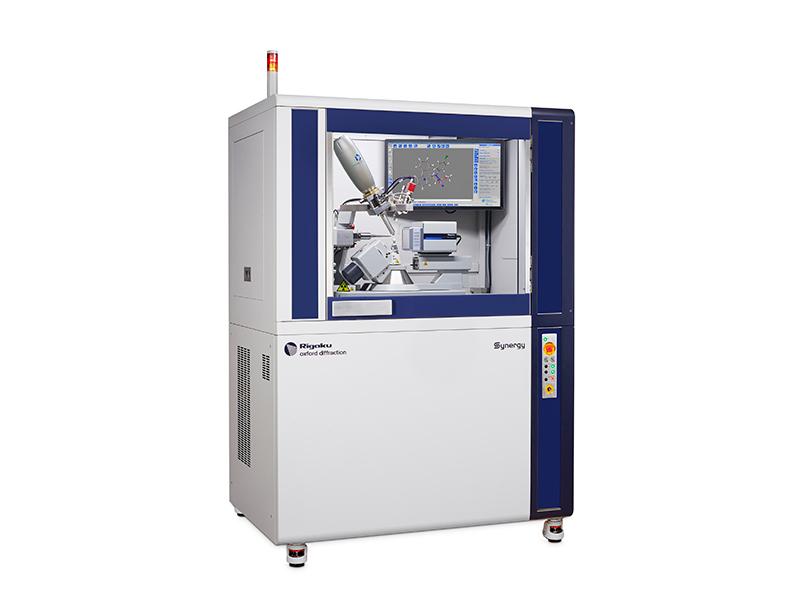 With your success utmost in our minds, we have developed the XtaLAB Synergy-S X-ray diffractometer for single crystal X-ray diffraction. Using a combination of leading edge components and user-inspired software tied together through a highly parallelized architecture, the XtaLAB Synergy-S produces fast, precise data in an intelligent fashion. The system is based around the PhotonJet-S series of microfocus X-ray sources that incorporate continuously variable divergence slits. These third generation sources have been designed to maximize X-ray photons at the sample by using a combination of new optics, new, longer life, tubes and an improved alignment system. PhotonJet-S are available in Cu, Mo or Ag wavelengths in either a single or dual source configuration. The XtaLAB Synergy-S single crystal X-ray diffractometer comes with kappa goniometer that incorporates fast motor speeds and a unique telescopic two-theta arm to provide total flexibility for your diffraction experiment. The system is also equipped with your choice of HPC X-ray detector, including the HyPix-6000HE, PILATUS3 R 200K, PILATUS3 R 300K or EIGER 1M.

Determining structure of volatile compounds with the crystalline sponge method

Analysis of Very Small Organic Crystals with the XtaLAB Synergy-S

The Universal Goniometer: Complete Data Sets on All Crystals, No Compromise

Staphylococcus aureus hibernation promoting factor (SaHPF) is responsible for the formation of 100S ribosome dimers, which in turn help this pathogen to reduce energy spent under unfavorable conditions. Ribosome dimer formation strongly depends on the dimerization of the C-terminal domain of SaHPF (CTDSaHPF). In this study, we solved the crystal structure of CTDSaHPF at 1.6 Å resolution and obtained a precise arrangement of the dimer interface. Residues Phe160, Val162, Thr171, Ile173, Tyr175, Ile185 and Thr187 in the dimer interface of SaHPF protein were mutated and the effects were analyzed for the formation of 100S disomes of ribosomes isolated from S. aureus. It was shown that substitution of any of single residues Phe160, Val162, Ile173, Tyr175 and Ile185 in the SaHPF homodimer interface abolished the ribosome dimerization in vitro.