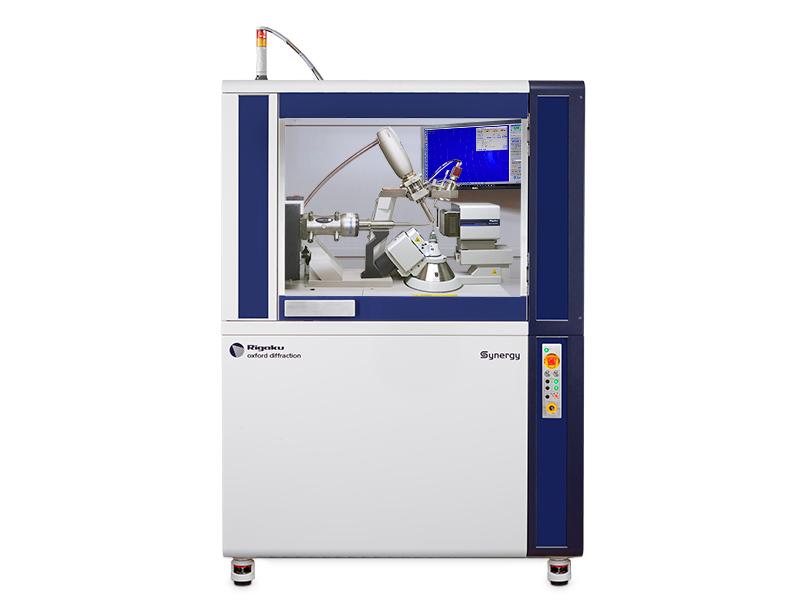 One source with two high-flux wavelengths is the foundation of the revolutionary XtaLAB Synergy-DW single crystal X-ray diffractometer. It combines the increased flux of a rotating anode X-ray source with the flexibility of two different wavelengths, making it ideal for laboratories exploring a wide range of research interests.

The XtaLAB Synergy-DW diffractometer is based on the proven, low-maintenance MicroMax-007 HF microfocus rotating anode. The target is constructed with two different X-ray source materials (Cu and Mo) and is coupled with an auto-switching dual wavelength optic. Copper or molybdenum X-ray radiation is available at the click of a button. The XtaLAB Synergy-DW offers up to 12x higher flux compared to the standard sealed tube X-ray sources and, utilizing only one generator, means overall maintenance is reduced. Rounding out the XtaLAB Synergy-DW configuration is the fast and efficient four-circle kappa goniometer which is compatible with a wide range of detectors including the HyPix-6000HE and other Hybrid Photon Counting (HPC) X-ray detectors e.g. PILATUS and EIGER detectors.