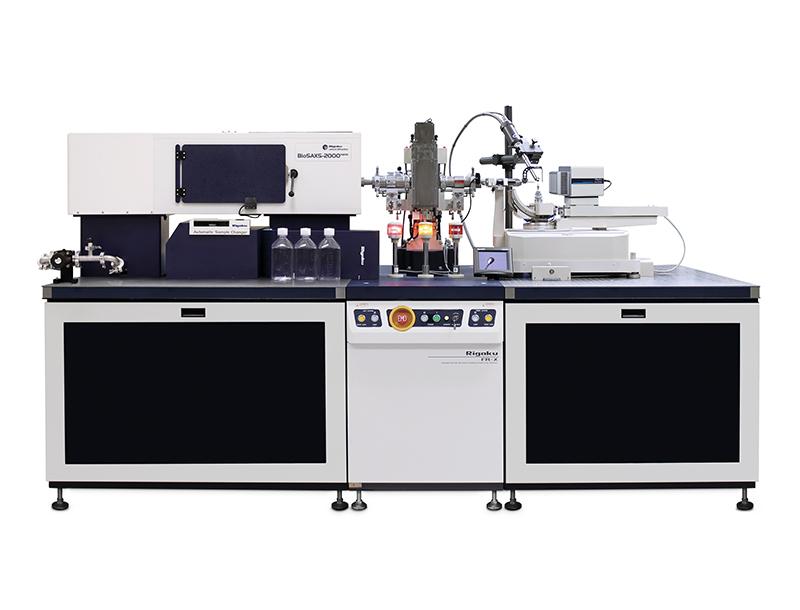 Rigaku realize that standard systems may not fit the needs for every lab, so we also offer XtaLAB Synergy Custom single crystal X-ray diffractometers for those labs who want to take advantage of dual ports or want to integrate special components, such as ACTOR sample changers. Additionally, for laboratories that want even greater flux we offer the FR-X based diffraction systems.

XtaLAB Synergy Custom systems are configured with a Hybrid Photon Counting (HPC) X-ray detector, such as the HyPix-6000HE, PILATUS or EIGER. HPC detectors are ideal for macromolecular crystallography experiments because they are photon counting detectors that directly detect X-ray photons without the need for the intermediate step of converting X-ray photons to light with a phosphor or scintillator. As a result, HPCs have high dynamic range, fast readout speed and extremely low noise. Additionally, HPC X-ray detectors have a top-hat point spread function of a single pixel. These combined features, along with shutterless data collection, mean that you can collect more accurate diffraction data, faster. As a result, the XtaLAB Synergy Custom systems offer outstanding performance for macromolecular single crystal X-ray diffraction experiments.