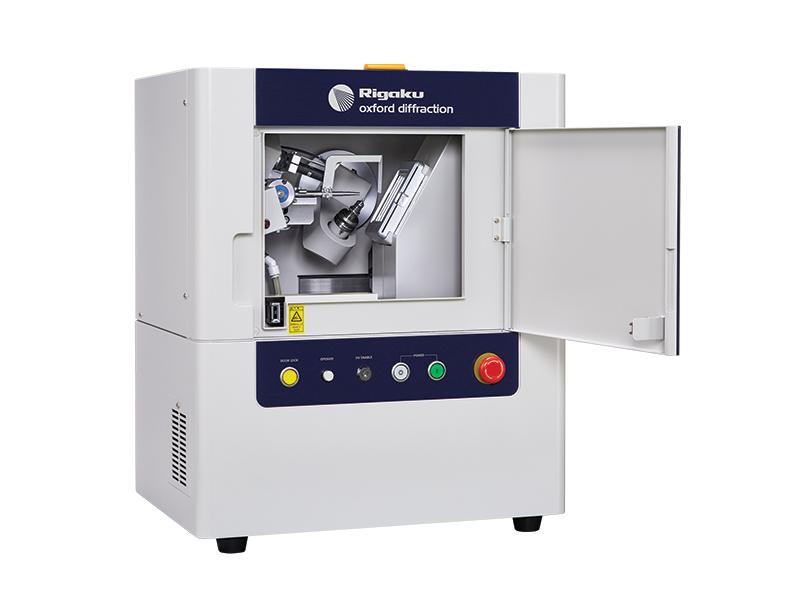 The Rigaku XtaLAB mini II, benchtop X-ray crystallography system, is a compact single crystal X-ray diffractometer designed to produce publication-quality 3D structures. The perfect addition to any synthetic chemistry laboratory, the XtaLAB mini II will enhance research productivity by offering affordable structure analysis capability without the necessity of relying on a departmental facility. With the XtaLAB mini II, you no longer have to wait in line to determine your structures. Instead your research group can rapidly analyze new compounds as they are synthesized in the lab.

In many universities, the departmental single crystal X-ray diffractometer is considered off limits to students because of fear that the instrument might be damaged by inexperienced users. The XtaLAB mini II provides the opportunity for students to learn single crystal X-ray analysis by actually using a fully functional diffractometer. This is not a black box instrument. Rather, the important step of mounting a crystal on the goniometer and physically centering the crystal in the position of the X-ray beam, ensures that students learn the importance of mounting techniques and crystal selection. The simple design of the XtaLAB mini II X-ray diffractometer minimizes the danger of students damaging the system.

The Rigaku XtaLAB mini II is a research grade chemical crystallography instrument that sits on the benchtop. No data quality compromises, no extended collection times. Results delivered are unambiguous. X-ray source tube lifetime is extended by running at 600 W. To compensate for running at a lower power, a SHINE optic (special curved monochromator) is utilized to produce usable X-ray flux comparable to a standard X-ray diffractometer.

The chief design requirement when creating the XtaLAB mini II was that the structures produced would be publishable in the most demanding scientific journals. The HPC X-ray detector is positioned so that the maximum 2θ value is well outside of the Acta Cryst. requirements. The software provides all the tools you need to generate publication quality data that can be used to determine 3D structures from a variety of structure analysis packages.