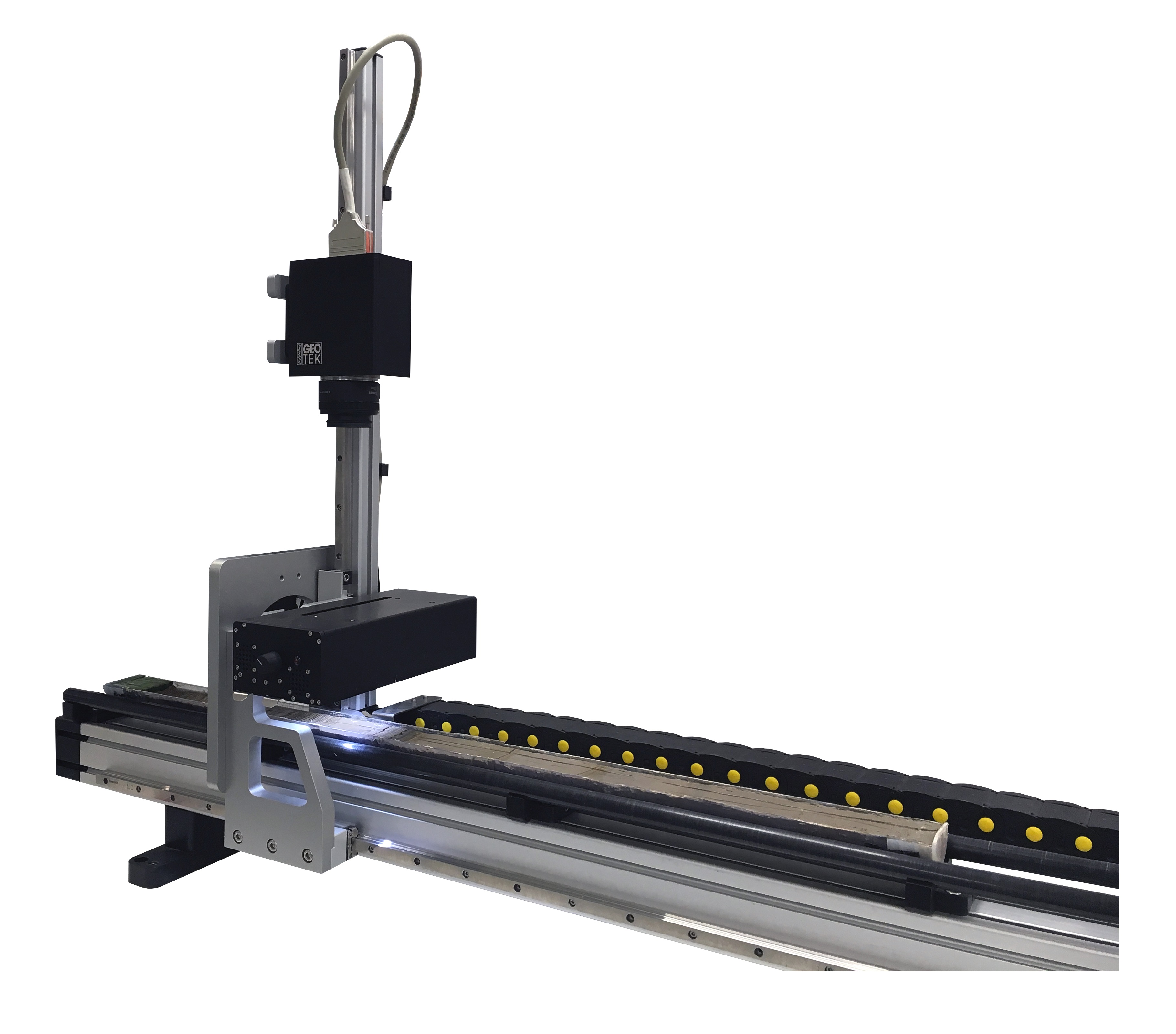 The Geotek Core Imaging System (MSCL-CIS) is a cost-effective, fast, ultra high resolution linescan imaging system. The MSCL-CIS utilises Geotek’s high performance Geoscan V camera to produce images of up to 1000 pixels per cm over the full core width. The MSCL-CIS is capable of acquiring images from split or slabbed sediment/rock core, or whole round cores where multiple photographs at different angles can then be concatenated to produce a circumferential image. The Core Imaging System produces images in tagged image file format (TIFF) files that can be used in many other proprietary software packages.

Immediate imaging of cores after they are split/slabbed preserves an invaluable archival record of each core section prior to any oxidation effects or subsampling. Precise depth-registered images can be correlated with other datasets or used when describing core.

Linescan cameras collect single lines of data sequentially downcore, and are far superior to conventional area cameras as they do not suffer from uneven lighting, spherical distortion, montage or “stitching” effects. As a result the entire image is suitable for calibrated sub-millimetre image analyses.

All of the camera acquisition and movement is controlled by custom-built easy-to-use Geotek imaging software. Automatic focus and aperture routines integrated into the software allow for a consistently straightforward and quick set-up.

Water/fluid saturated sediment/rock cores, or water applied to cores to visualise colour generates specular reflectance that often obscures information from the image. The Core Imaging System uses cross-polarisation of both the light source and the lens to prevent oversaturation of the image where water droplets occur; significantly improving clarity and image detail.

The Geoscan V camera consists of one massive c.5340 pixel CCD which uses a set of integrated RGB filters to produce true colour separation. Image resolutions of up to 1000 pixels per cm can be achieved over the full core width, although a more standard 200 pixels per cm is the more common image resolution. Data from each colour channel (at 8 bit depth) enable RGB profiles with downcore resolutions typically around 0.1 mm making fine-scale analysis of highly laminated sediments (e.g varves), bioturbated, or complex stratigraphy a reality. Imaging speed is 3 minutes 40 seconds per 1 m core section.